I'm back! Arrived back in the California heat on July 13th! I have spent the last four weeks exploring Europe and visiting as many yarn stores as I possibly could, which if I'm perfectly honest was quite a bit. The first two weeks I spent with my friend Rachael in Germany and Austria! 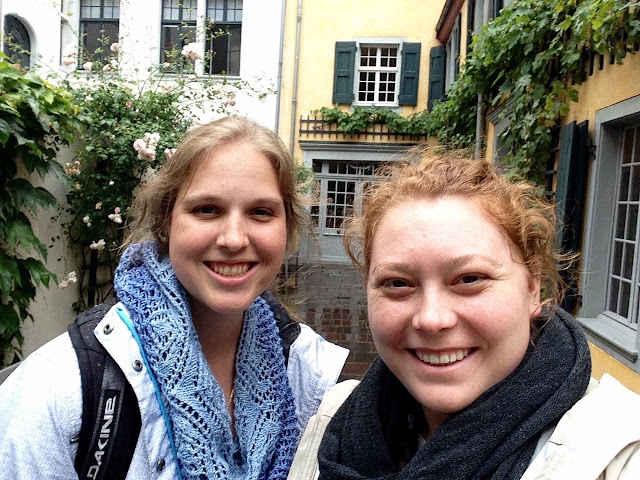 It was a new experience for me, traveling with a friend. I've previously only world traveled with my Mom or by myself, and I have to say it was really fun. I was a bit nervous, who wouldn't be, traveling in close quarters with a friend can be very challenging. It can really change a friendship to spend that much time together, Rachael and I have similar personalities so we didn't have any issues.

The cities that we visited were Bonn, Cologne, Vienna, Munich, Pfaffenhofen, and Nuremberg. We went to a yarn store in nearly every city! Knitters dream right there. I'm going to talk about my adventures around Europe in another post, this one I'm just going to cover the yarn stores that we visited.

We started off in Bonn and had a plan to visit one store in the city, as we were walking around we happened upon a store! This was so exciting for me to just walk up on one while in Europe! The name of the shop is Wolle Rodel, and it's similar to a Joanns or Michaels in the United States. I found the tweed sock yarn I had been hunting for so I was a happy camper. 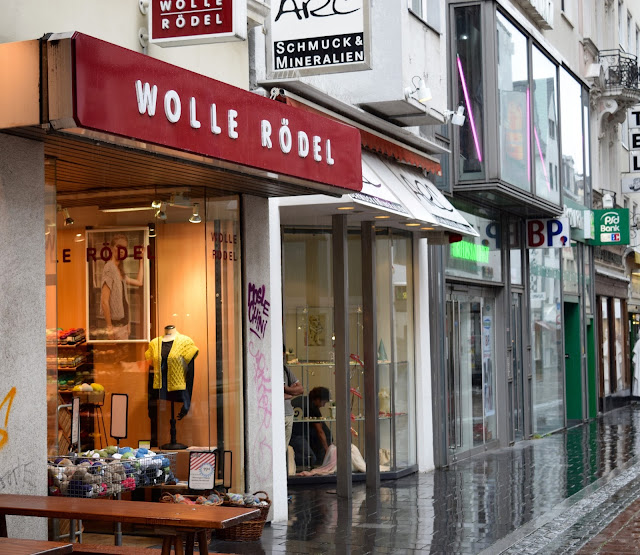 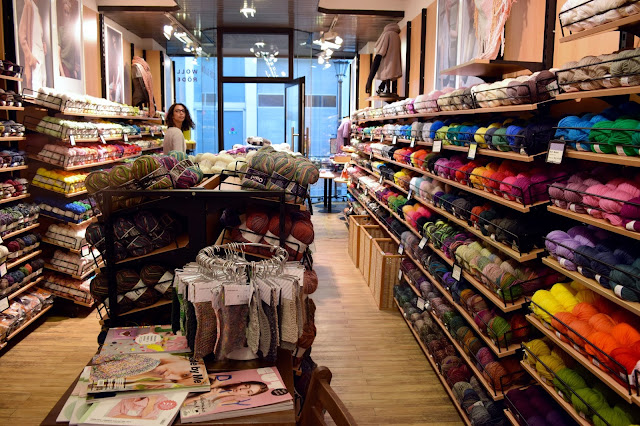 We visited another shop in Bonn on the same day named Edelweiss. This was definitely up to the US standards of a beautiful local yarn store! They had such a great selection of European yarns, we were so happy to be there! The store was so bright and clean, it made me want to sit and knit. 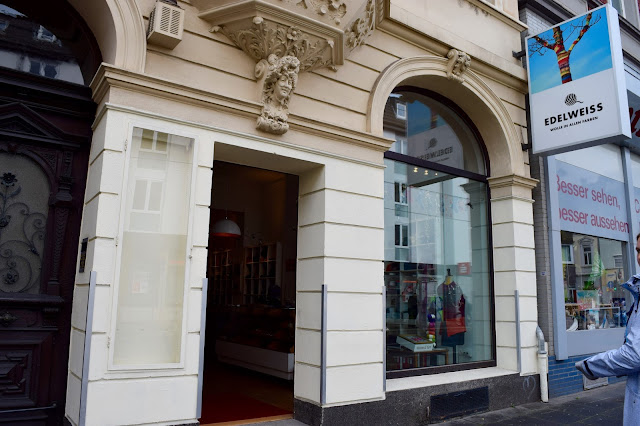 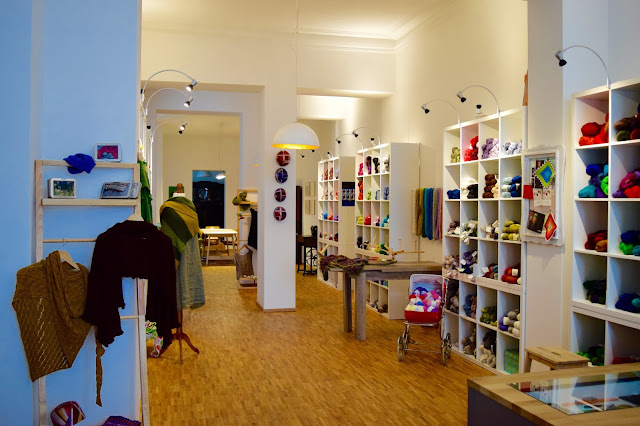 We were only able to visit one store in the time that we were in Cologne but it was definitely worth making the trip to find it. Maschenkunst was an awesome shop with a ton of stock! She only had one ball out of each color but kept the rest in the back of the shop so the store didn't feel over crowded. They were so welcoming and wanted us to sit and knit with them, of course this is the one day that I forgot my knitting at the hotel. 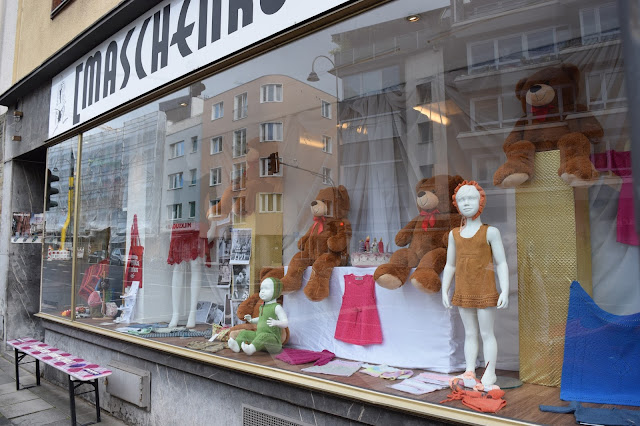 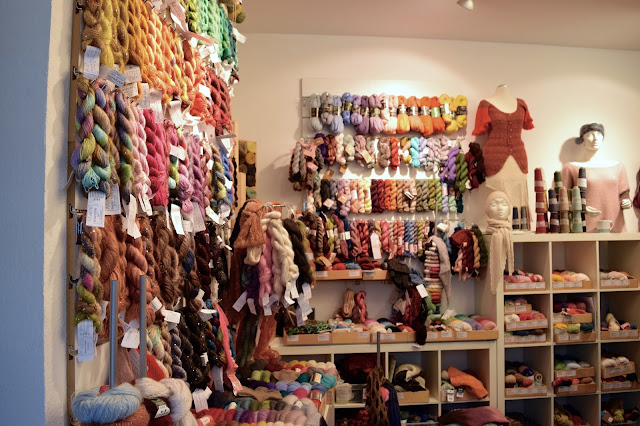 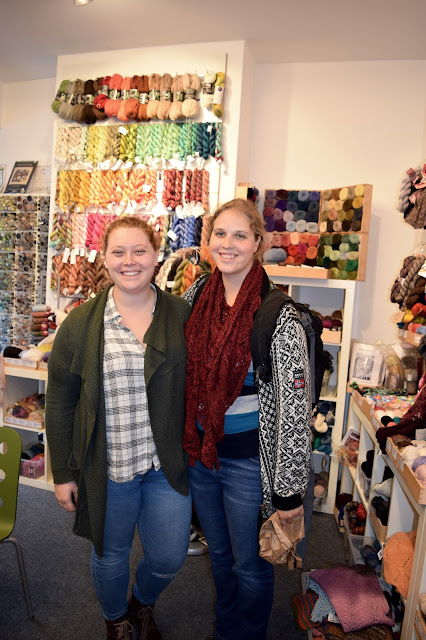 We visited more than one store in Vienna, Austria, but this was the only one I spent a significant amount of money in. They also had the best yarn selection of the stores that we had visited so far, what really drew Rachael and myself in was the fact that WolleWien had yarn produced and dyed in Austria! How cool is that! And there was a Giant. Rotating. Skein of Yarn. Pictured below for your viewing pleasure. 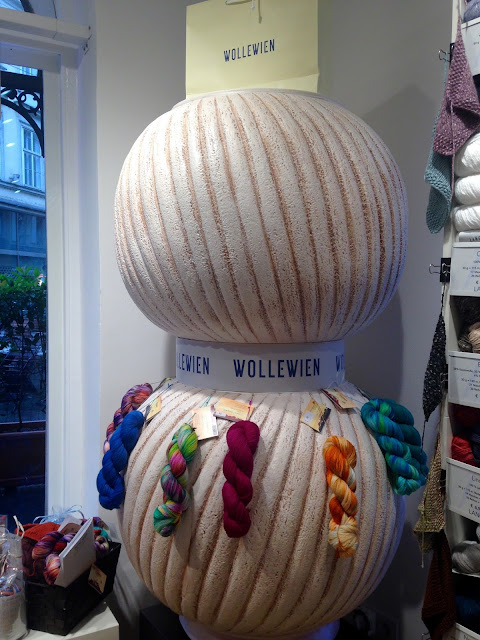 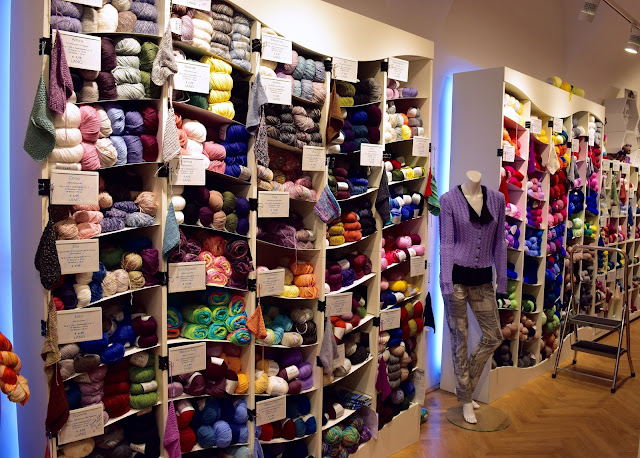 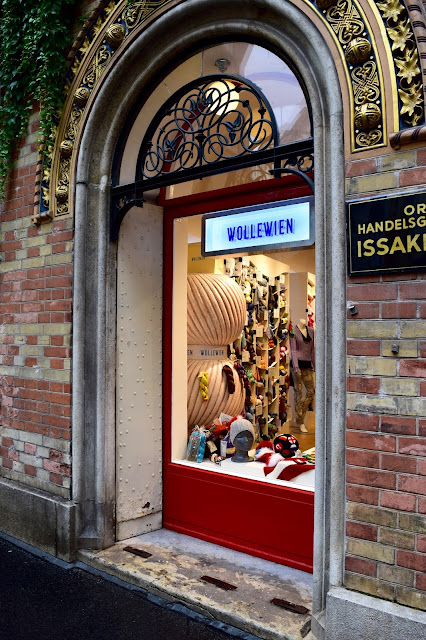 After Vienna we took the train to Munich, we were only in Munich for about a day and a half so we only visited one store. Die Mercerie was the shop to visit while we were there, Rachael and I didn't purchase any yarn mostly because they carried mainly US brands that we can purchase back at home. But what a beautiful shop it was, I'm so glad that we stopped here to get inspiration and take a break from the big city we were in. 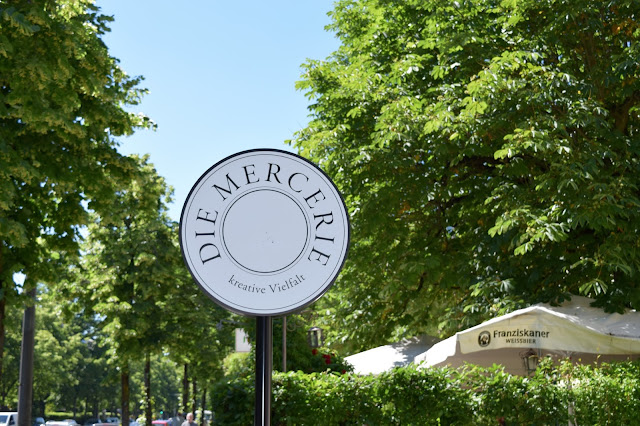 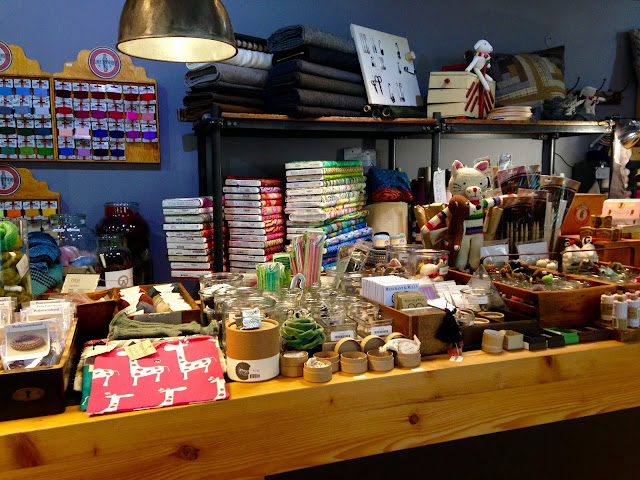 After our short stop in Munich we hopped over to Pfaffenhofen, the home of Wollmeise! As you can see we were very excited to be there. 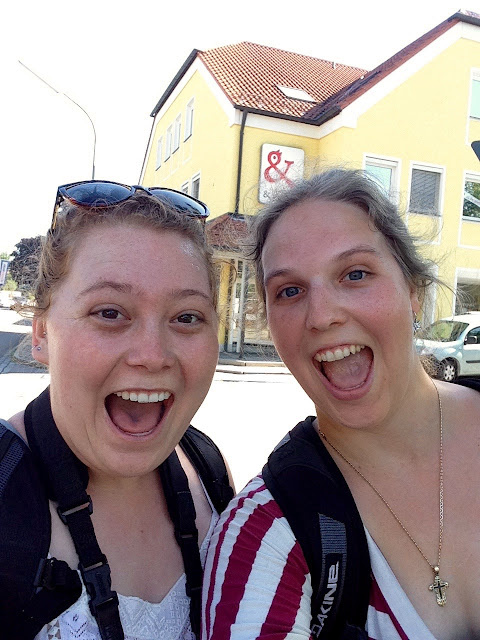 What a gorgeous store! I'm am so grateful for the opportunity to be able to see this inspiring store. The colors and their saturation were almost beyond words, I could knit with highly saturated color yarn for the rest of my life. The store itself was very large, the biggest that we had been in the entire trip. The first three photos are taken from the front of the shop, this is the mistakes sock yarn skeins, the front desk and their winding table. 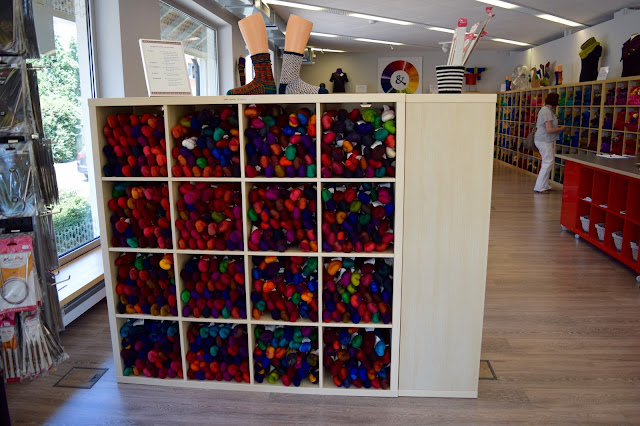 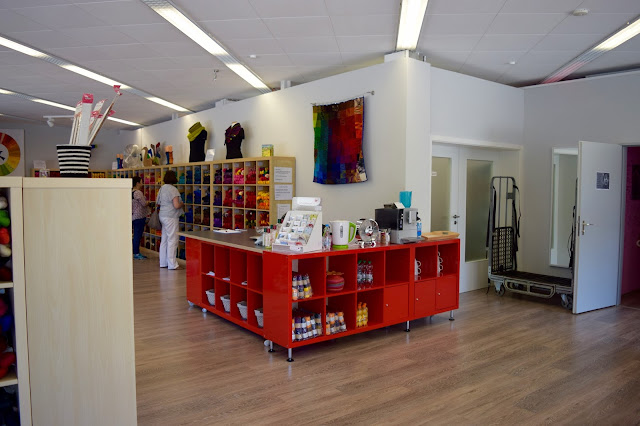 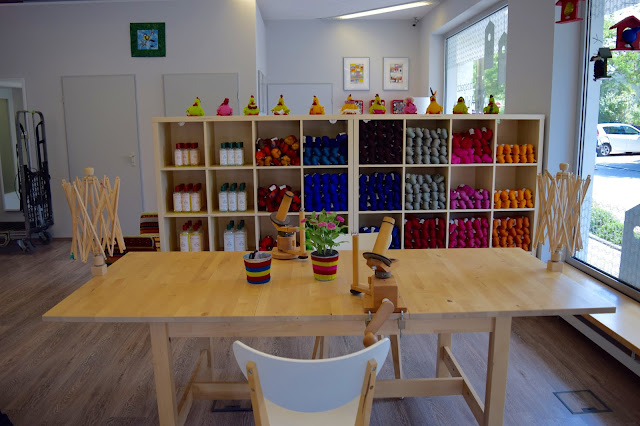 These bottom four photos are the Blend, DK, Pure, Twin, and lace weight sections. Each section is sectioned by weight and then by color, this was the most beautiful rainbow I have ever laid eyes on. Along with these beautiful sections of yarn there are many many samples of the colorways knit up. Also there are three different seating areas! There was a fairly large knit group on the couch section when we were there, Rachael and I were seated in another couch section, then there was third and final section that had two armchairs for people to stitch in. I was in heaven! I have decided that this store will be a destination for me every 4 years, I loved being here that much. I can't wait to bring my mom here! 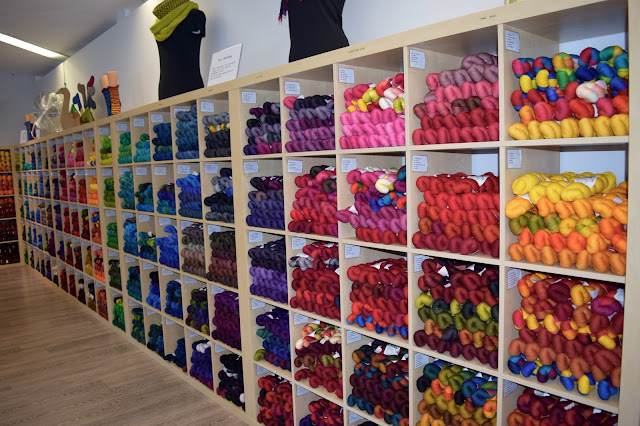 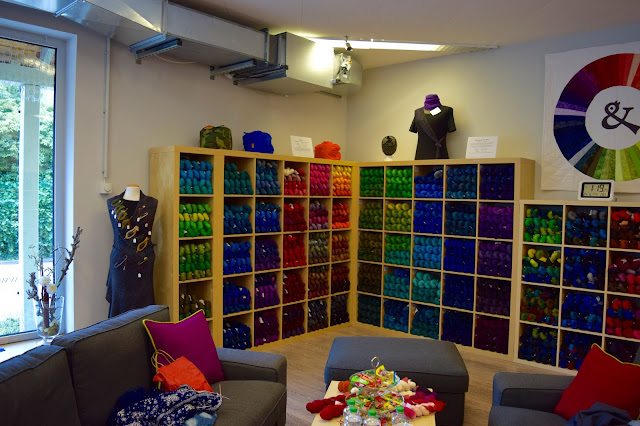 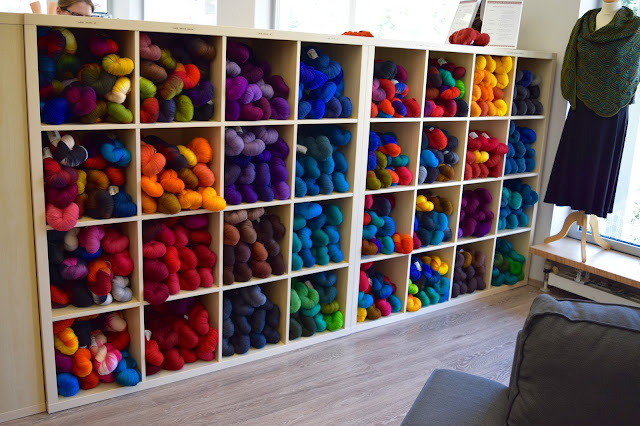 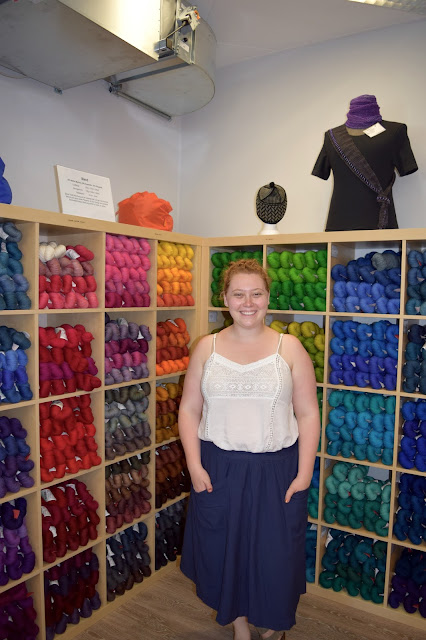 Rachael and I were in this shop for hours, they offered us water, coffee, and snacks making us very comfortable and sad when we had to leave. We meet a women our age named Ellie, she was visiting from Australia and was just as entranced by this store as we were. We ended up having lunch/dinner together, such a great time! But we had to make our way to out last city, so off to Nuremberg we headed.

Honestly, after vising Wollmeise no other yarn store really seemed all that fantastic. We did find one shop, Treffpunkt Wolle, in Nuremberg that we visited on our last day. I didn't buy any yarn but I did buy some awesome buttons with knit stitches printed on them for a sweater. They also had a large display of sock yarn that was tempting me. 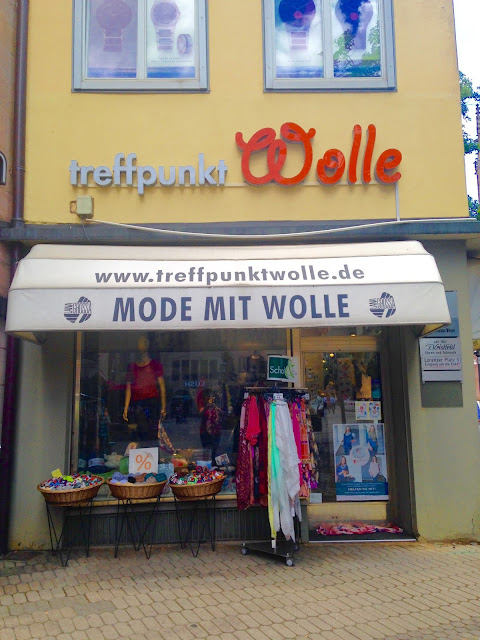 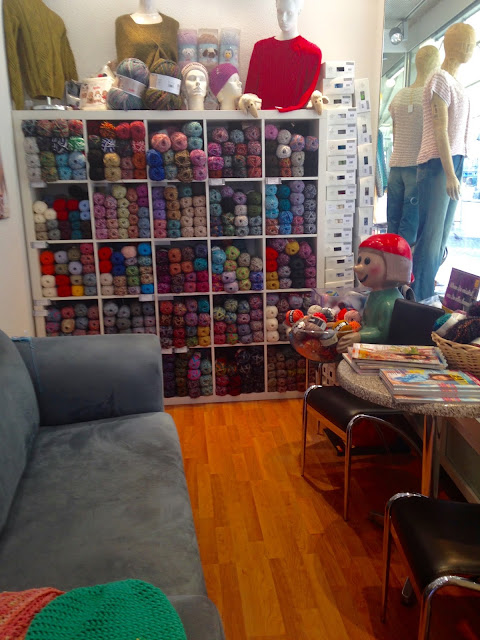 Rachael and I separated the next day, Rachael headed home and I made my way to Scotland for the second half of my European adventure! I have a couple more store that I visited in the UK that I'll share later! Thanks for reading about my adventure!

Posted by All Knit Up Designs at 2:00 PM