Unfortunately this round was kind of a failure. There is an air of mystery surrounding the challenge because we (as the knitters) have no idea what the pattern is going to look like. We get an estimated yardage count and how many extras we have to have and then it's a waiting game until it's released. 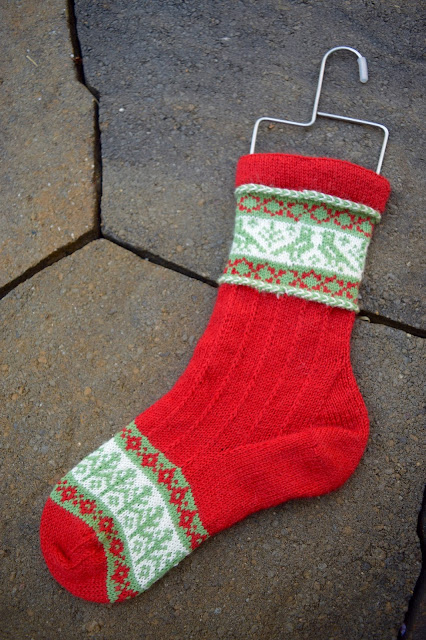 Our mystery this stage was these amazing colorwork socks Kanteletar! Here's the down-low, I am not a color work knitter nor am I a chart knitter. Written instructions just work so much better for my brain function, but compete I did. Until I realized that I missed repeating a chart...in the cuff. 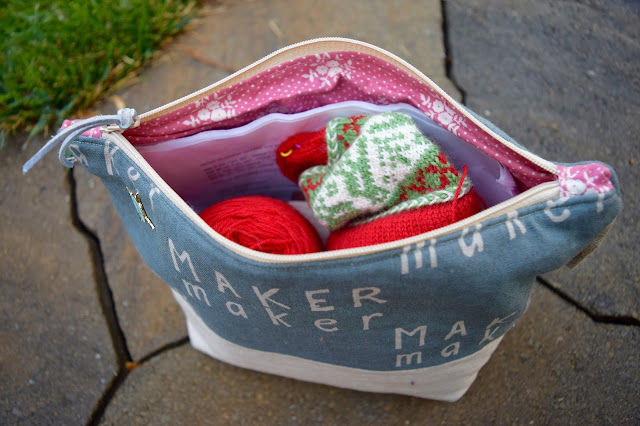 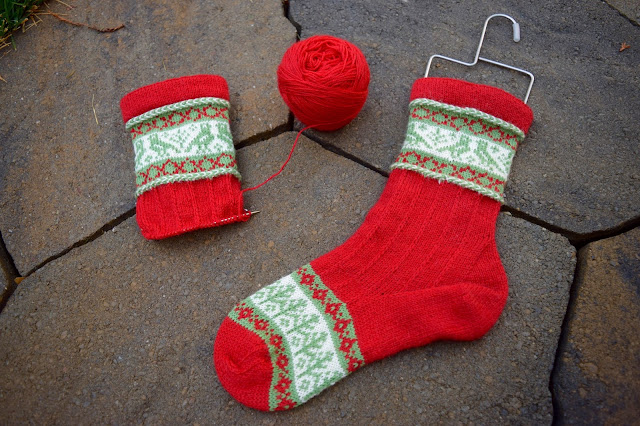 I was going to complete the sock in our allotted nine days, until I measured the sock against its mate to see if I could start the foot chart and realized the leg was short. I ripped back half the freakin sock! 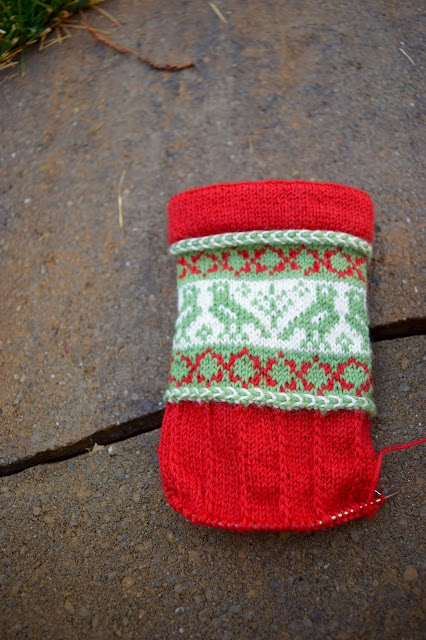 So I've committed to working on the colorwork sock when I complete each stage early so that they will be done by the end of the competition. If I don't do this I'm not sure that they will get completed, but I really want some new Christmas socks! We got round 4 Monday night so I've been knitting my fingers off! Also, look at the cute new bag I made! 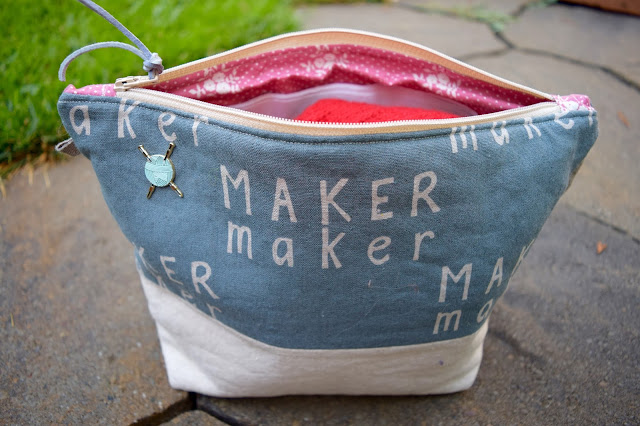 Posted by All Knit Up Designs at 9:48 PM