The title of this post was on my favorite sign I saw at Sacramento Women's March 2018, I laughed like a lunatic when I read it. Last year I had no idea what was going on, other than the fact that we voted an idiot in for president. I only worked at a yarn shop and wondered why the f*ck we were selling so much pink yarn. 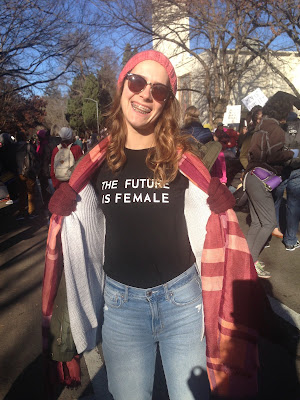 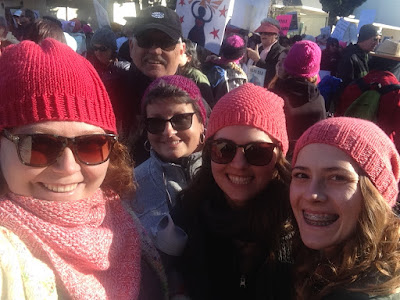 I didn't realize until after the march what a lasting effect and legacy that march would lead to. It's disheartening but also breathtaking the amount of women who have replied #metoo and to realize you aren't alone. In November when more women came into work looking for pink yarn I found out about the second march on the anniversary and this time I knew I needed to participate. 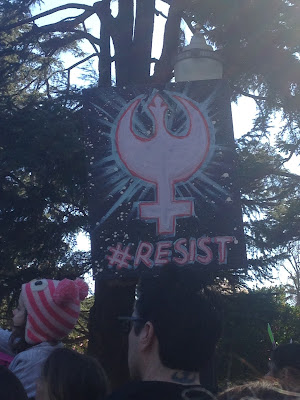 I signed up family up and proceeded to knit our pink hats, while also knitting pink pussy hats for the shop to show our support for the women's march. 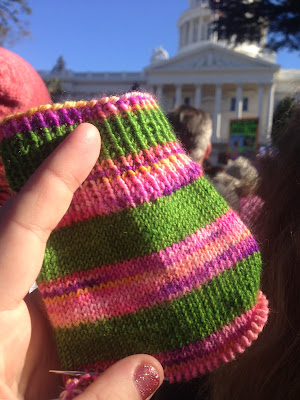 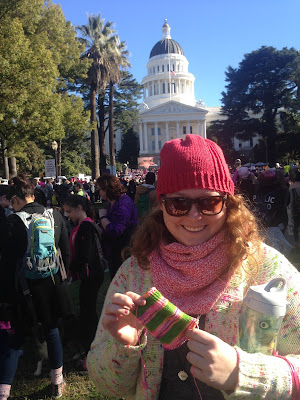 The march was eye opening, so many people all together behind the same cause; phenomenal. The entire experience was peaceful but invigorating while also being polite. I was shocked there were no counter protesters but honestly, how can you be against a march that is to better the life of women? 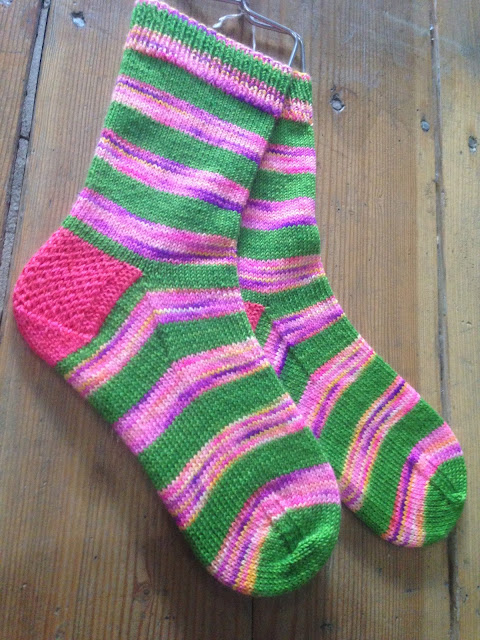 I'm excited to see more movements and monumental events come out of the women's march. Here's to better days ladies!

As for my project, these are the socks that I cast-on to march with. This is White Birch Fiber Arts in Nasty Women colorway, I thought it was appropriate knitting.
Posted by All Knit Up Designs at 3:54 PM