I haven't talked about a knitting project in a few weeks as I wrote a mini series about the Initiate Knit Design Challenge hosted by Frenchie of Aroha Knits. Along with doing the design challenge I have also been knitting away on my WIP's and creating a few FO's. One of my recent FO's is my Castra Shawl, which I have dubbed my Mermaid Castra. 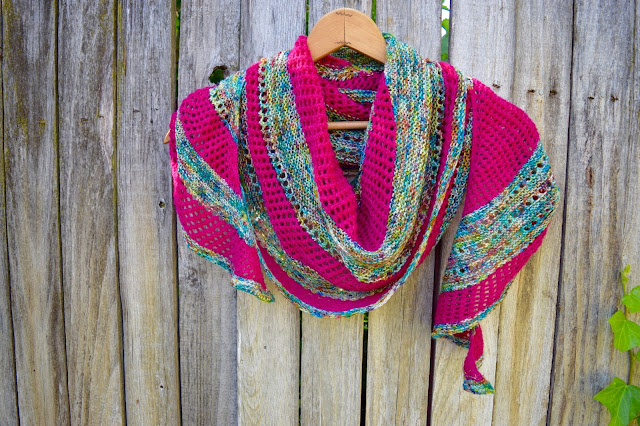 I talked about my Castra in a previous WIP's post and I finally have it finished! I told you before and I'll tell you again, I am completely obsessed with my Stitches West haul from 2016. Both yarns for this project are from SW2016 and they were so wonderful to knit with! I purchased Glider Mongo from The Altered Stitch booth first, it's a superwash merino/nylon blend, 600 yards, in the color way, you guessed it... Mermaid! TaDa! I know, I'm so creative with my project naming. 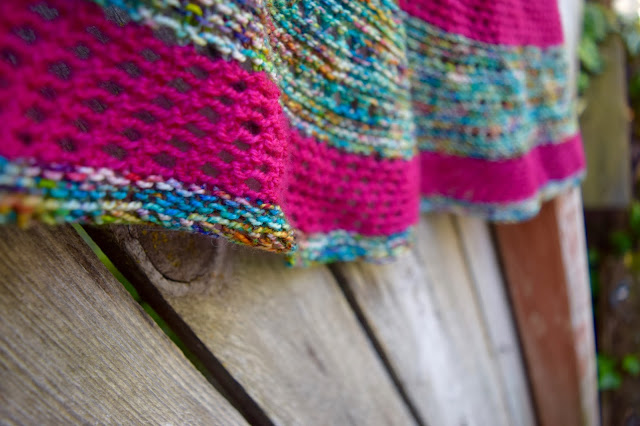 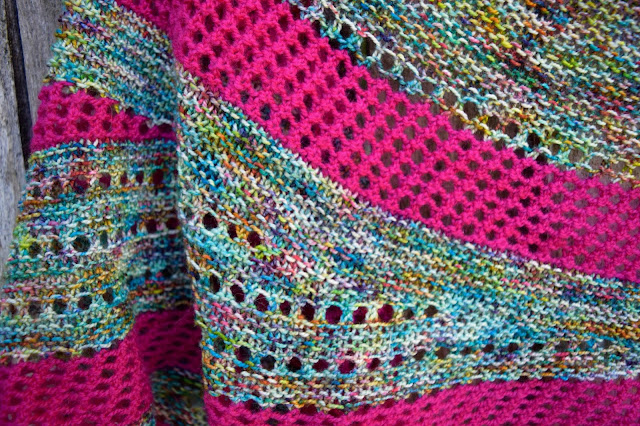 This was a really cool booth at Stitches because they had collected online and etsy dyers and brought them all together in one place! I'm one of the obsessive Stitches knitters who plans out what booths they have to see on their map with a reminder on why they wanted to see them. But anyway, so excited that I got to touch/see/smell some of the yarns I have only seen on etsy! Talk about a fangirl moment! Once I bought my skein I was like "Sierra, really another crazy speckle dye! Girl, you're bad," and then thought "I really need to tone this down because it's going to clash horribly with my hair," so I went on the hunt. 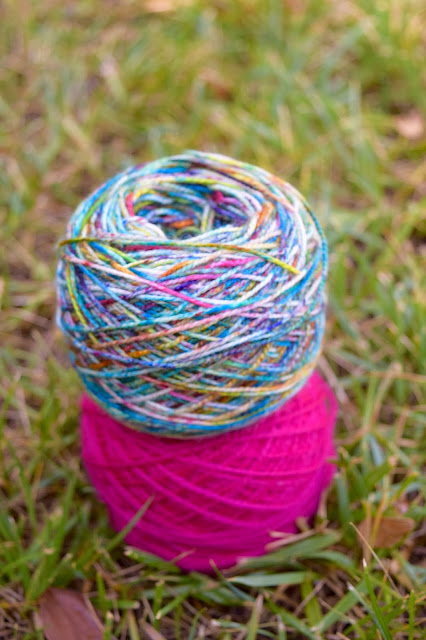 I wanted to find a skein of yarn that pulled one color from the multi to really make something pop! I walked around market and went to Lost City Knits which was also my map/list. I follow them on insta and loved the shawls they were showing from their new pattern book. It was in this booth that I found my second color, the most absolutely perfect matching yarn for Mermaid. Lost City Knits Foothills Fingers, 100% merino, 560 yards in the colorway Cranberry Cornflower. 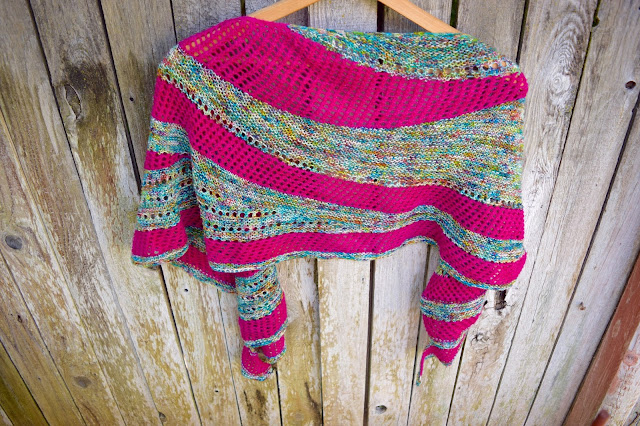 Honestly, these yarns were made for each other even though they were dyed by two different people. I just had to make sure that they met. Though the bright hot pink really didn't tone down anything, these yarns needed to be knit together. Castra was the new release that Anthony Casalena debuted for Stitches. I liked it in one color but knew, that for me, it needed to be in two colors. Castra is a garter and lace crescent shawl that incorporates short rows and mesh lace. This was a very easy pattern, lots of simple short row repeats and garter. The lace was really simple, but also not boring. It kept me on my toes while I was at work. 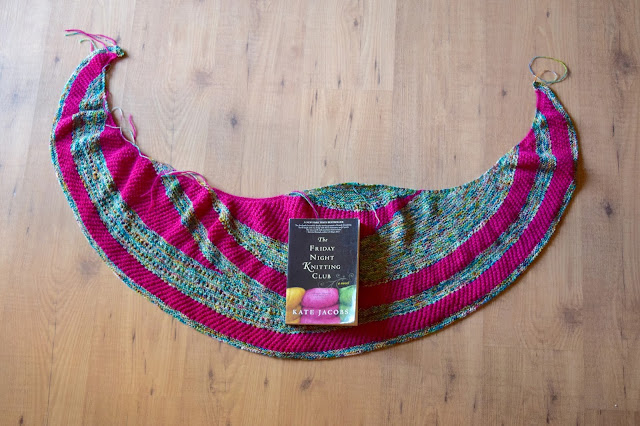 There's a different book in my post-blocking pic because I finished FNKC and passed it on, my bad! 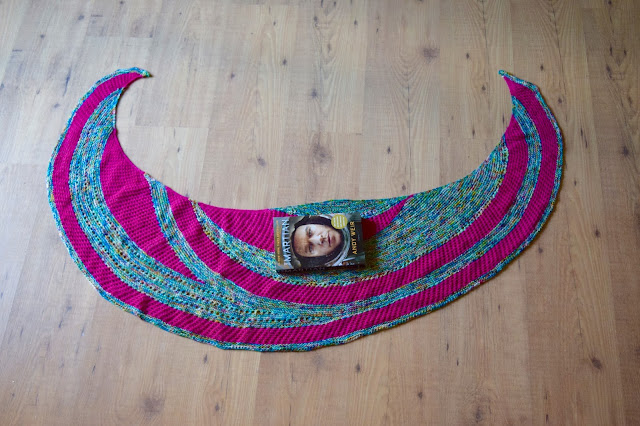 This was a very quick knit, less than two weeks, but as always it took me a while to block and weave in the ends. I'm really very happy with my new shawl. It grew quite a bit with blocking, the shawl was knit on US size 7 so that isn't really surprising. You can see the difference in the pre and post blocking photos. This was the first pattern that I have knit from Castalena, I will definitely take a look at his other designs because I really like how Castra turned out. I have quite a bit of each yarn left so they will probably show up as stripes/contrast in other projects. Until next time, Sierra