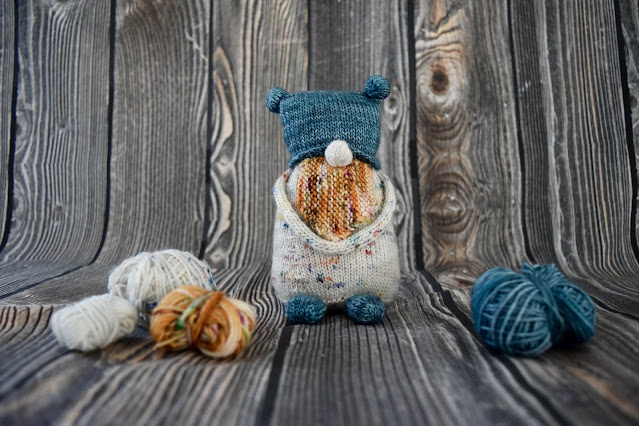 The pattern is designed by Sarah Schira from Imagined Landscapes designs and this is the first time I've knit one of her designs. Her pattern writing is so thorough and planed out; there were no questions on where to pick up and what part was coming next. 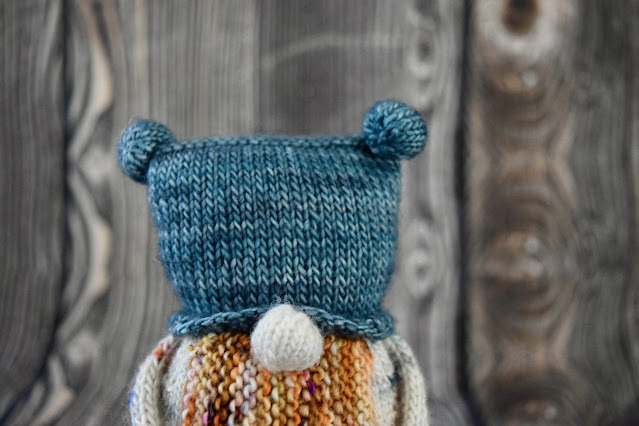 Things were a bit tight because everything is worked on such small needles but not because of anything from the pattern. All the bits were easy to sew together and everything came out so cute. At the end of the six months I'll have a small village of knit gnomes. I've already started the second month! If you are interested in the pattern and aren't apart of the subscription I believe the Gnedward pattern should be available at the beginning of 2023:)
If you aren't a fan of sewing things together than I would say this pattern isn't for you. The hat bobbles and the nose are sewing on, as well as the arms, beard, and the feet. The body is picked up from the hat brim and is not sewn on. This pattern could easily be knit from your stash or your scraps! Only a few grams of each yarn is needed, maybe I'll be knitting some scrappy cousins next! 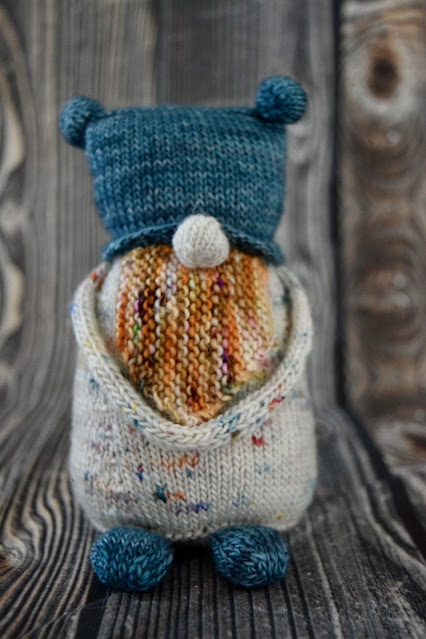