Math...that's what the challenge was for the 4th day. There's a reason I was a history major in college, I don't do math. But honestly, knitting math really isn't that bad. It makes more since, math wise, than anything I did in high school or college. I know the shapes that are supposed to come, how they are increased and decreased. Stitches per inch converted to four inches then into one inch has never been an issue. This comes in real handy working with people in the yarn store, converting swatches into gauge and yardage into how many hanks. 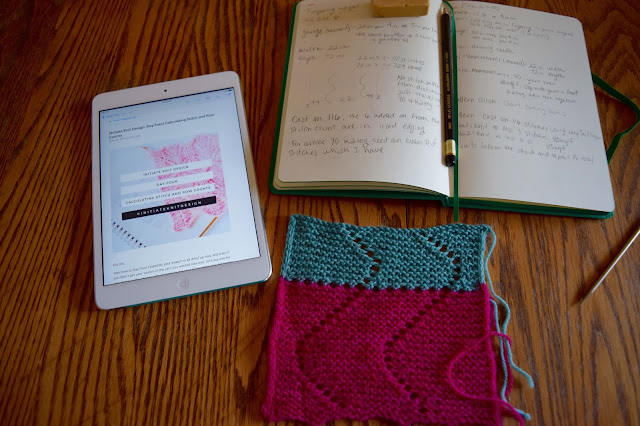 When I pinned out my swatch I had already started to work the changes that I needed to make. I wanted the waves to be more shallow and not get so close to the edge of the piece. So I had to double the amount of stitches in the outside section so there was enough room for the waves to flow but not get close to the edge. 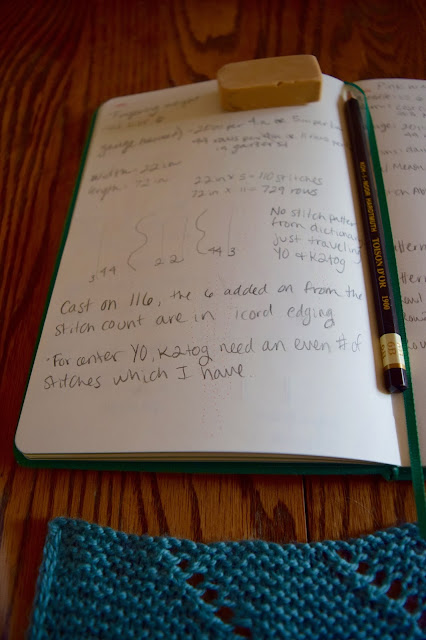 Taking the row and stitch gauge into consideration I had to choose how long and wide I wanted my wrap to be. Following that decision it was simple multiplication to reach the numbers that I needed. 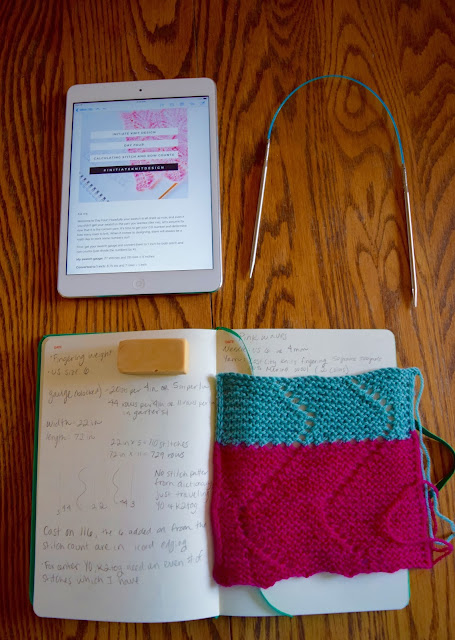