As most knitters I have at least 4-10 projects going at a time. One hard, one simple, socks, shawl, sweater, long term, baby knit; the list goes on. I'm always impressed by monogamous knitters. I don't have the restraint or the attention span. 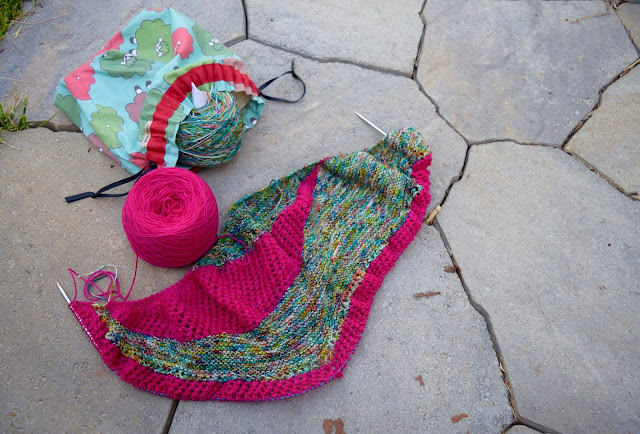 For the last month I have been knitting down my WIP's so I don't feel the pressure when I cast on something new. There is no actual pressure to finish everything, but mentally too many projects gets overwhelming. I also was sick of seeing that WIP box on Ravelry, the FO box is much nicer. (Though the ones without pictures mock me.) 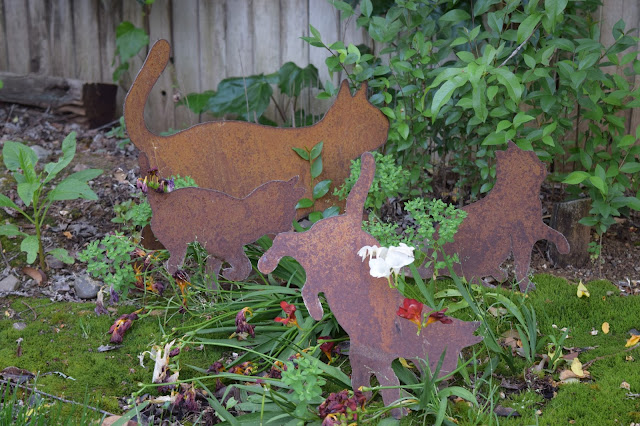 I currently have six projects cast on in various stages of being worked. I have one longer term WIP which is my sock yarn scrap blanket. This was cast on in April of 2015, this is my longest standing project on the needles right now. 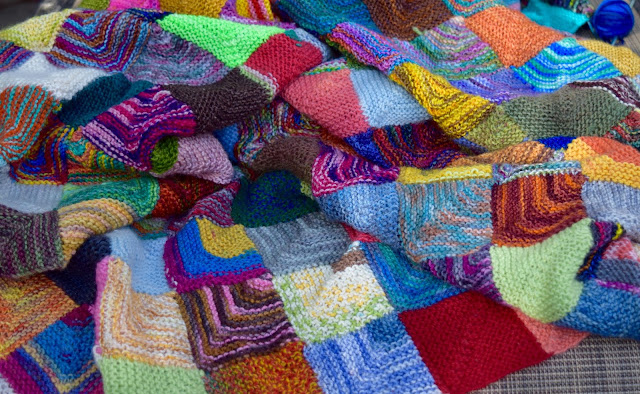 I'm working on three pieces of neckwear, the Kumara Cowl, ImagiKnit Scarf, and Castra. The Kumara cowl is my concentration project with charted two-color color work in the round. ImagiKnit and Castra are both fairly easy. These will all get their own post when completed. Some of them may be waiting a while. 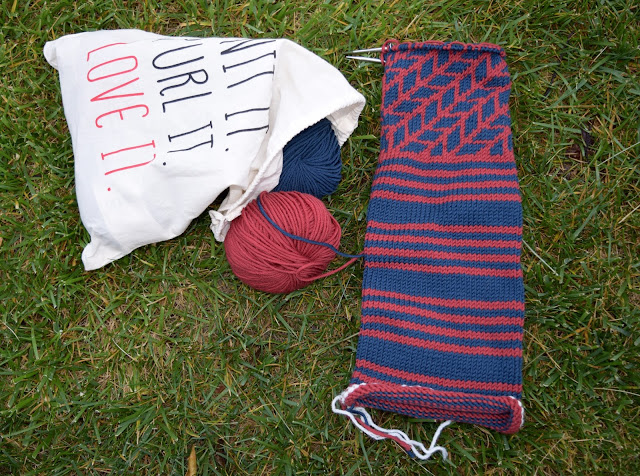 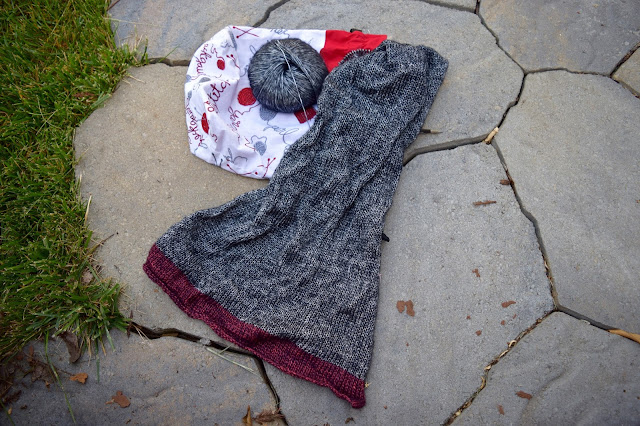 As always, I also have a pair of socks on the needles. This is the same pair I talked about in my post about Park City. Still chugging along on these, they go fairly quickly if I am able to focus on them for a time. The last project currently on the needles is another baby set. One of the women who works at the quilt shop portion of my job is having another grand baby. I'm knitting practically the same gift as Baby Halley but in boy colors. Pretty lengthly list but slowly and surely being worked on.
Posted by All Knit Up Designs at 1:00 PM